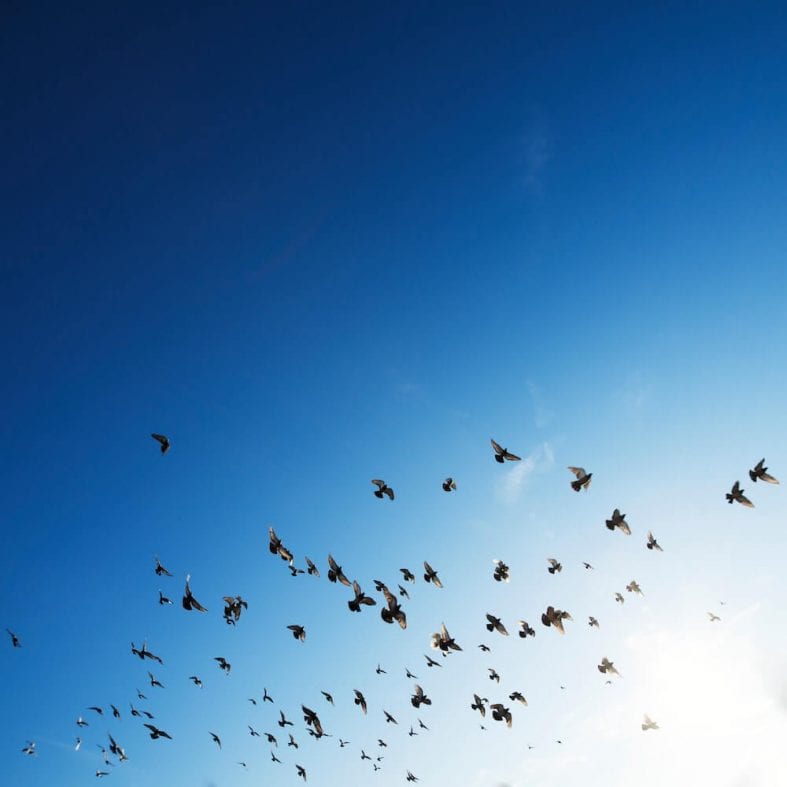 Do Birds Ever Crash Into Your Window?

Does it ever catch you by surprise when birds run into your windows? As weird as it is, this event is actually a common problem that lots of people face. At that moment, it could be pretty shocking, even frightening, as the bird can strike the window with such a strong force. In various cultures around the world, this can often be perceived as bad luck through old beliefs! To some people, different birds represent the embodiment of other things. For instance, a crow, to some, might indicate that evil tidings are to come. Regardless of your belief in this bad omen, birds crashing into your windows is something no one wants. The key to understanding how to fix the problem is to know why birds fly into your windows. You might be surprised, it’s due to more than just having clean windows!

Why do Birds Fly into Windows?

When you think about it birds are pretty intelligent creatures, think about how they are able to migrate each year to the same locations over and over, search for food, etc. Some of this is instinct, but you would think –  “windows have been around long enough for them to adapt”, so why do birds continue to run into windows?
Throughout history, they have even been known to send messages; they truly can navigate around the world in all weather patterns, so why can something like a window throw them off?

Birds can fly into windows at any time day or night, but the reason for one or the other is quite different.

Why Birds Run into Windows during the Day

The reason for them flying into windows during the day is because most birds have a very wide-angled vision to protect them from predators, but this leads their frontal vision to lack sometimes. Because of this, they think they can fly through the glass because the reflection looks “inviting”. Other times if the bird repeatedly strikes the window, it’s thought that they see their reflection as another bird and are trying to protect their territory. Glass is a concept that they don’t understand because their natural instincts don’t account for glass.

Why Birds Run into Windows during the Night

If a bird runs into a window at night, it is because they are probably a migratory bird since they do a lot of their traveling then. Scientists don’t know the defiant reason for this action, but they believe that it’s due to the light of a house deterring them away from their course. The light of buildings in the night sky can resemble the likeness of stars or the moon to birds, mistaking it for the open sky.

How does this Harm the Birds?

This can be more than jarring if you have ever experienced it and it is actually harmful to the birds. According to The Cornell Lab, up to 1 billion birds die from striking a window each year in the United States. The unfortunate truth is that a lot of times, the birds end up dying or go into temporary shock and suffer internal bleeding. In some circumstances, the bird will fly away unharmed, but other times the bird is left unconscious or dizzy. If you find the bird alive without any broken bones, it’s recommended to place it in a dark shoebox for about 15 minutes. After you do that, open the lid, and it will more than likely fly away unharmed from the incident. The bird might be lucky enough to come across unscathed, but your windows might not be so lucky.

Damage Done to Your Windows

There can be extensive damage caused by the bird’s beak or sheer weight, such as chipping, cracking, or in worse cases shattering. If the window breaks –

Anything hitting your window with enough speed can do damage. As silly as a bird flying into your window and causing cracks may seem, it is a reality for many homeowners. While shattering your window is not as likely, crackings and chips are likely to happen. If that crack or chip then goes untreated you can cause further damages to your windows due to moisture or wind pressure. Repairing your windows is much easier and quicker than a future replacement.

How to Prevent Birds From Hitting Your Window

Finding a solution that works for your home is important for both the bird and your home. Many experts suggest marking up the window in a grid pattern with washable paint or glue. Things such as decals, ABC BirdTape, and Acopian Bird Savers, but all of these can be extreme changes to your home windows leaving unsightly displays across the exterior of your house. The least invasive, subtle way to prevent birds tapping at your window (or ramming into it) is using screens/netting. These are often used to help prevent pests from entering through an open window and luckily are found on most homes.

If you find your glass nicked or cracked or maybe even shattered from a bird and need quick and easy window repair and replacement, reach out to Kryger Glass for all your replacement needs. We are a leading residential glass company that provides an exceptional experience to those who live in Iowa, Kansas, Missouri, and Nebraska!

Blispay makes paying for your services at Kryger Glass even easier. It’s the only payment option that gives you:

No Payments, No Interest on purchases over $199 if paid in full in 6 months.

Blispay makes paying for your services at Kryger Glass even easier. It’s the only payment option that gives you:

No Payments, No Interest on purchases over $199 if paid in full in 6 months.